Since female nipples are banned from social media while guns and violence are ok, here is my censored version of Kiss of My Kettlingr from my new series VALKYRIE INK.

Valkyrie Ink traces the compelling story of Eowyn, a resilient and rebellious young woman, who endured emotional and physical pain since childhood. Inextricably linked to the story of her difficult life, this series portrays her brave spirit and her marked skin, which both bear the scars of her past and the signs of her resistance. In an act of strength best understood as “putting on her own skin,” of arming herself, Eowyn adorned her body with a shield of tattoos. Yet, before the first emblem was inscribed on her skin in permanent ink, she developed the sense that empowerment laid in the rhythms of cuts and their scars which seemed to form an increasingly impenetrable shell. By cutting herself, she literally thickened her skin. Her metamorphosis continued when, at the age of 16, she got her first tattoo and connected to the power of ink to fortify her body and amplify her personality. The titillating lines, undulating images, and powerful words that cover her skin are marks of their bearer’s bravery, and evidence of her insubordination. The ink is who she is, desires to be, and who she has become.

Last week I posted a photo of me posing next to my art pint and did not censor the nipples.. which cause Instagram to delete my post, and Facebook to block my account to 30 days. Facebook has been an important social media tool for me to promote my art and events, and them blocking my account right before the opening of my next solo exhibition and book launch has been incredibly inconvenient. Not to mention hypocritical, as male nipples, guns, and violence are all allowed. I did not post pornographic, violent, or dangerous content.. only an image of my art that featured two female nipples.

Facebook needs to re-think it’a nudity censorship guidelines. Female bodies do not exist only for sex, and not all nudity is pornographic. It is necessary that we reframe how we look the female body and sexual empowerment, as well as violence and guns for a better society as a whole. 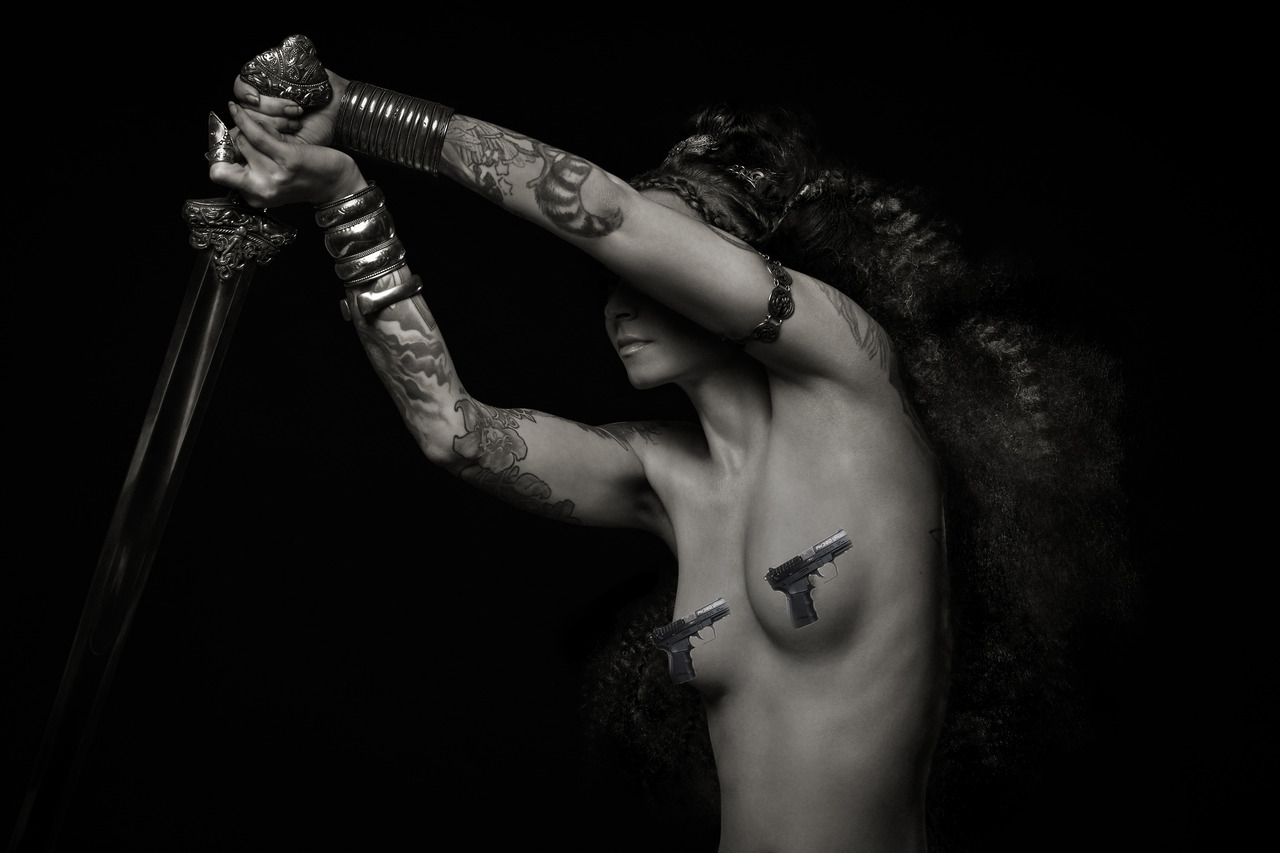 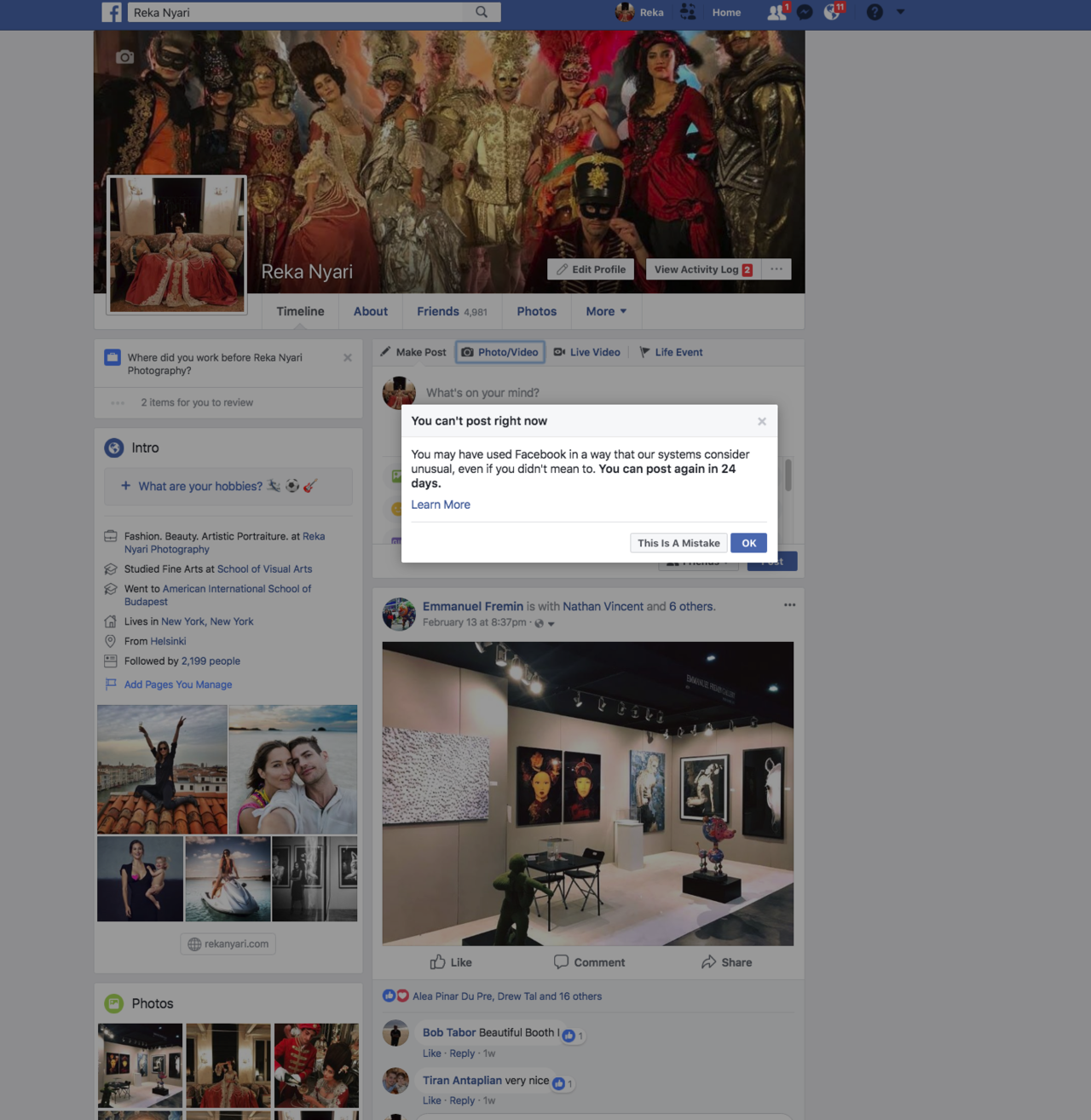 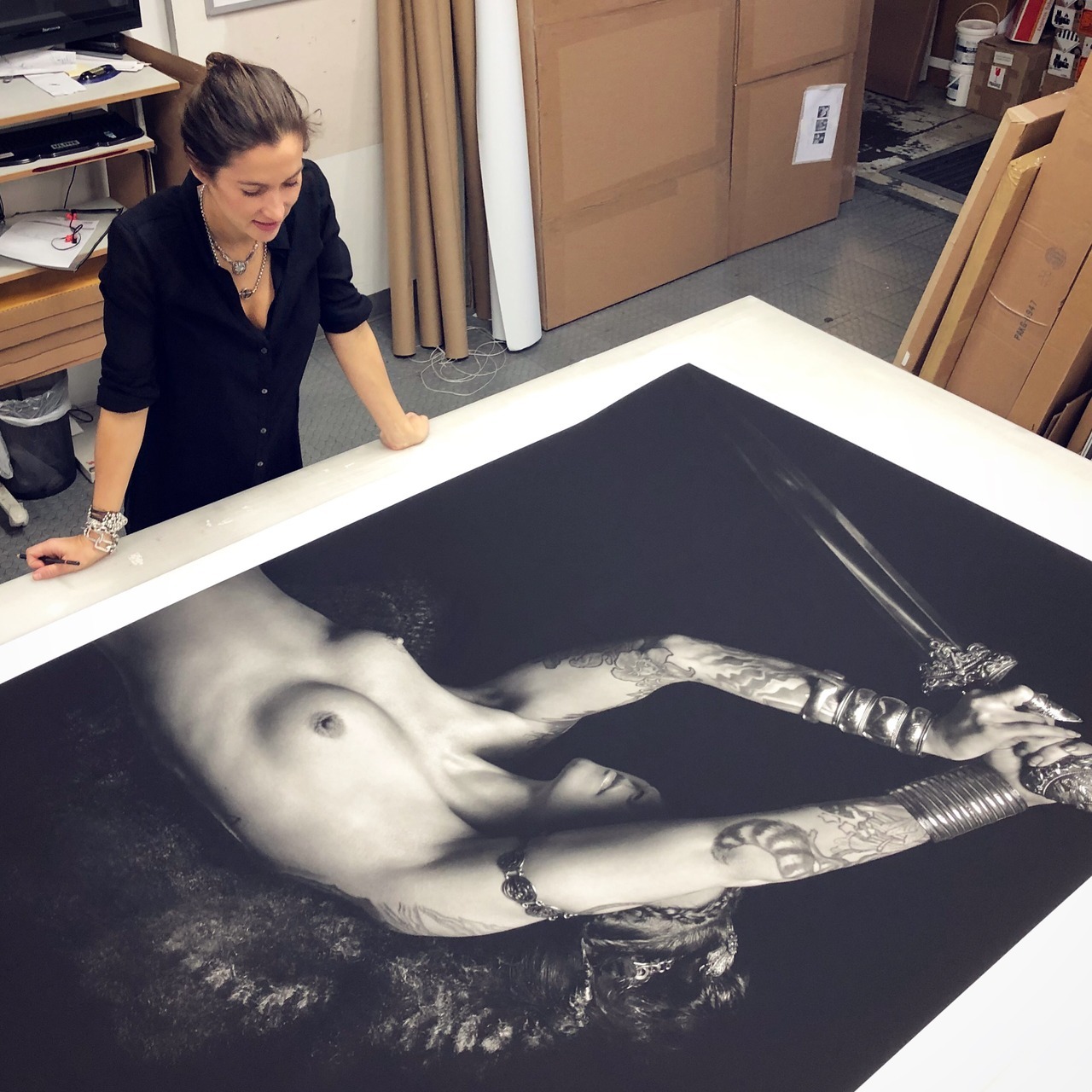